You can also add actors to a scene instance specifically using Scene.add:

A scene has a basic lifecycle that dictates how it is initialized, updated, and drawn. Once a scene is added to the engine it will follow this lifecycle: 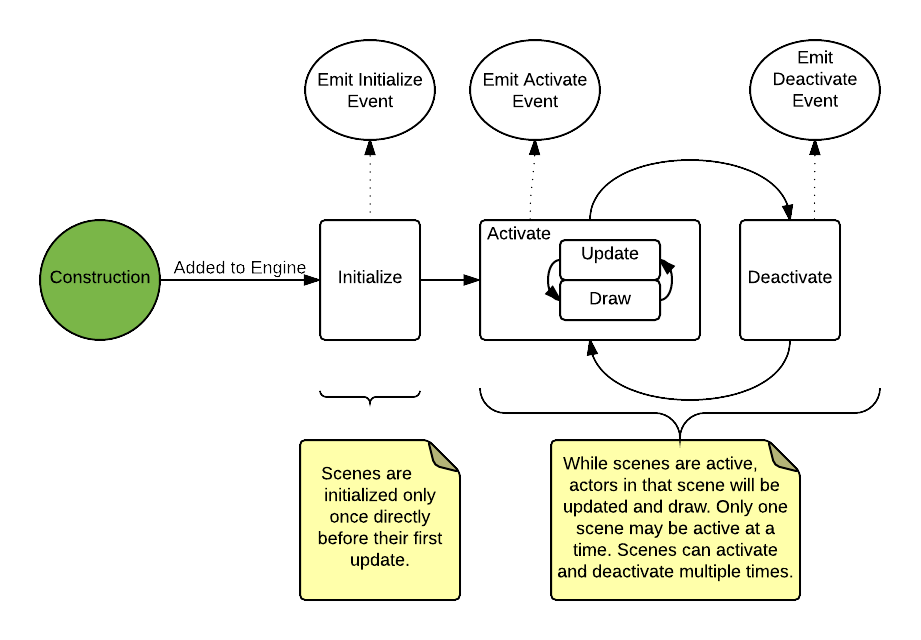 Use Engine.add to add a new scene to the game. Each scene has a string key you can assign. You can then use Engine.goToScene to switch scenes which runs the scene lifecycle hooks.

This is the recommended hook for setting up scene state

Scene.onInitialize is called once when the scene is created for use in the game. It is called before Scene.onActivate and can be used to set up the scene state. This is typically where you'd add any actors to the scene, set up initial state, and other startup tasks.

You can even call Engine.start to preload assets for your scene, to avoid having to load them at game initialization time:

Scene.onActivate is called when the engine switches to the scene. It may be called more than once during the lifetime of a game, if you switch back and forth between scenes. It is useful for taking action before showing the scene. You may use this hook over onInitialize for anything specific to the context in which the scene was activated.

Scene.onDeactivate is called when the engine exits a scene and is typically used for cleanup, exit tasks, and garbage collection.